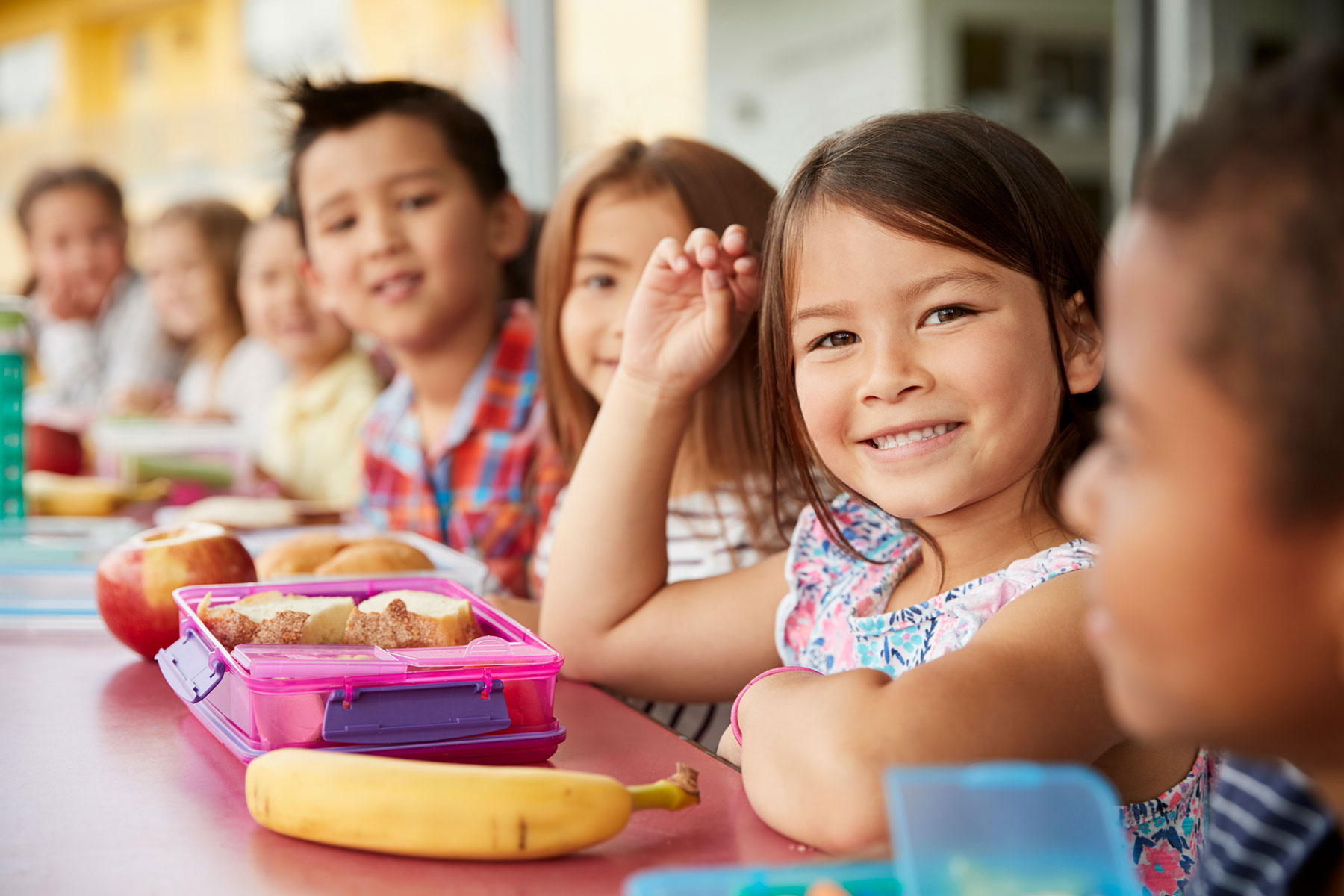 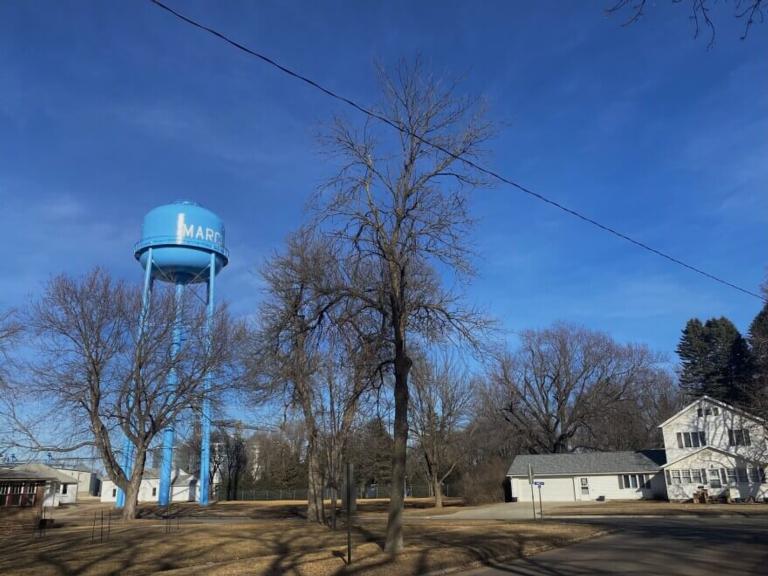 With each flip of the page, photos gradually shift from black and white to color. Downs himself ages in the pages – his hair turning from brown to gray as he poses at groundbreakings of dentist offices, nursing homes and banks.

At 84 years old, Downs has spent most of his life working to grow his town of a little more than a thousand people in northwest Iowa. First, as mayor for 18 years and, now, as economic development director. He said he can always tell what the community needs to grow by the questions prospective businesses ask.

With more than half of Iowa’s small towns losing population in the last ten years, rural communities are looking for ways to stop that decline. The town of Marcus in Cherokee County is working to build its community by building its very first child care center.

Like many rural communities, Marcus has relied on in-home care providers for daycare. So, when one of the town’s providers moved away a couple summers ago, it left 20 families without day care.

“We called it our childcare apocalypse,” said Belinda Leavitt, a longtime resident who’s seen the exodus of providers first-hand.

Since 2015, Leavitt has watched the number of licensed providers dwindle from four to just one. As the number of child care spots diminished, she worked with different community members to figure out the best plan to raise enough money to make the center possible.

With the help of donations from business partners, a grant from the state and an agreement with the local school to construct the building, the center is set to open in the fall of 2023 – after seven years of planning and promoting.

“To me having the daycare center, it just is that one more green light, that one more welcome sign that says we'd love to have you come back and raise your family here, '' she said. “And keep this legacy going.”

Barriers to child care access exist far beyond the boundaries of Marcus. Over the last decade, the northwest region of Iowa has seen a 52 percent decline in providers.

But, daycares like Little Raptors in Holstein haven’t seen the same decline in demand. Director Nicki Jacobson said the Ida County center’s phone rings at least twice a week with someone searching for daycare.

“We have people who call from all over for babies as soon as they find out they're pregnant,” she said. “They call and ask to get a spot reserved because they know it's so hard to find a spot for a baby to start daycare.”

Statewide, 40 percent of Iowa’s towns have children under the age of 11 but no known child care. Another 47 percent have some care, but fewer slots than there are children.

Iowa Child Care Resource and Referral northwest region director Melissa Juhl said, for many rural towns, the sharp decline in providers should be seen as a community issue, not a family one.

“It's bigger than just, ‘I don't have children, I don't have to worry about it.’ It's your housing, it’s the size of your communities,” she said. “It's trying to keep rural America alive.”

A 2020 analysis by the U.S. Chamber of Commerce found that lack of child care options had a direct impact on Iowa’s economy. Child care issues resulted in the state’s loss of an estimated $153 million in tax revenue and another $751 million in employee absences or turnover.

“If you don't have child care, you can't work. And if you can't work, you can't build up your workforce,” she said. “Businesses need to get involved because it's impacting their bottom lines.”

When Dan Barkel became superintendent of Marcus Meriden Cleghorn Remsen Union four years ago, he heard from parents across the district about an acute child care shortage.

He said he was worried about how the lack of options could impact enrollment.

“Some of our families might decide to live in a different community or in a different school district simply because childcare is not available readily,” he said.

The district shares students between the towns of Marcus and Remsen. Low enrollment forced the rural school districts to combine six years ago. Despite some recent gains, Barkel said he’s worried about the future of the district if it continues to shrink.

Barkel said he believes child care will be a vital component to bringing more business. It could also help with his own workforce recruitment – which has become difficult in recent years, he said. He wants to be able to tell teachers that there will be room for their families in Marcus.

“It’s very appealing to particularly female teachers, working moms. They really like the idea of, ‘Wow, you know, I'm not gonna have to drive way out of my way to have my kid taken care of by someone,’” Barkel said.

A reason to stay

Many young families in rural areas have to look outside their town to find child care. Before she moved to Sioux Falls for a job opportunity two years ago, Brittany Sudtelgte had to use child care outside of her hometown of Remsen.

Between driving 10 miles to Le Mars for childcare then another 20 miles to Orange City for work, Sudtelgte said her commute each day ended up as a 60 mile round trip.

Now, in a bigger city with more child care available, she said she feels a weight is lifted off her shoulders.

“We have that flexibility to continue growing our family. It’s definitely a lot less stressful. I haven't stressed about having baby number two because I know that the child care is taken care of,” Sudtelgte said.

In Marcus, Amanda Ney is often families’ first call when they’re expecting. As the town’s only licensed provider, she has to have hard conversations with new parents. She dreads to tell them that they’re just one of 18 families on her waiting list.

“It breaks my heart when I cannot take a family in,” Ney said. “I just want to take them all and I can't.”

he doesn’t see the new center as competition. In fact, Ney went door to door to promote it – afraid of what might happen if the community continues to go on without it.

She just hopes the families on her waitlist stick around long enough to see it.

The Midwest Newsroom's Daniel Wheaton analyzed data for this report. 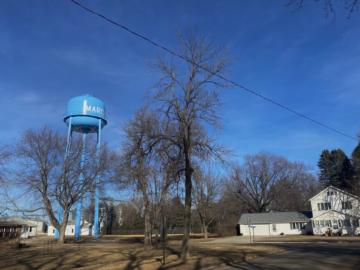 Mid-Sioux Opportunity, Inc. is a not-for-profit Community Action Agency established in 1965 to fight poverty at a local level by assisting low-income families in Northwest Iowa to become self-sufficient.